I was excited this morning. The section of the trail we would be hiking crossed the Blue Ridge Parkway, (BRP), multiple times and it was the weekend. I expected it to be like Christmas with all the trail magic we’d receive. I guess then that was the trail’s way of teaching me that what makes something magic is it’s surprise and unexpectedness as no trail magic was had today. We did see tons of tourists driving the parkway though. It was kind of funny since most of them were busy snapping pictures of the AT signs adorning the overlook when there were real life AT hikers lounging only twenty feet away. One couple did notice us and as they were driving away shouted out the window, “We will tell your stories back in Germany”, so I guess there’s that… Actually the way they phrased it makes me smile. They aren’t telling stories of us, they are telling *our* stories. I guess I did get trail magic after all.

For the next two hundred miles or so the AT roughly follows the Blue Ridge Parkway which turns into Skyline Drive in the Shenandoahs. This isn’t a coincidence as the trail used to run where those roads went and was rerouted after they were built. There’s still a lot of hikers mad about that as the new path the trail takes isn’t nearly as scenic. In fact, all the views today occurred on parts of the parkway that we briefly crossed. To that end, I’d say a good 2/3rds of the hikers opted to walk along the road vs the actual AT. They called it keeping it old school, and it was hard to argue with them since the road was flat and had spectacular scenery while the AT dipped into valleys and climbed back up tree covered mountains for seemingly no reason at all. I knew I’d regret it later if I took a short cut so I can tell you all about those pointless ups and downs made worse by all the fun everyone else was having going the other route. If I ever find myself back in this area later I’m going to leave trail magic on the AT sections that most people skipped.

Despite my complaining it was actually a good day hiking today. The weather was sunny and not super hot. Owl and I still took a siesta at Bobblets Gap Shelter which was much appreciated. Near the end of the day we stopped by Cove Mountain shelter, but with no water source there we were not temped to stay. Instead we made excellent time down the mountain and camped with a bunch of other hikers by a river. It was a really neat camping spot and the ability to wash the sweat and grime off myself before bed was wonderful. 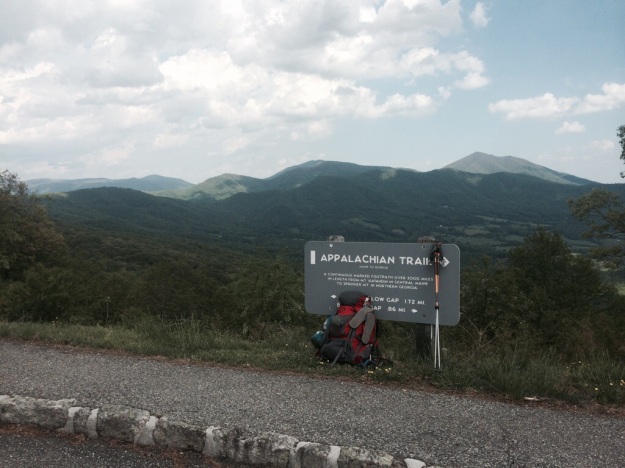 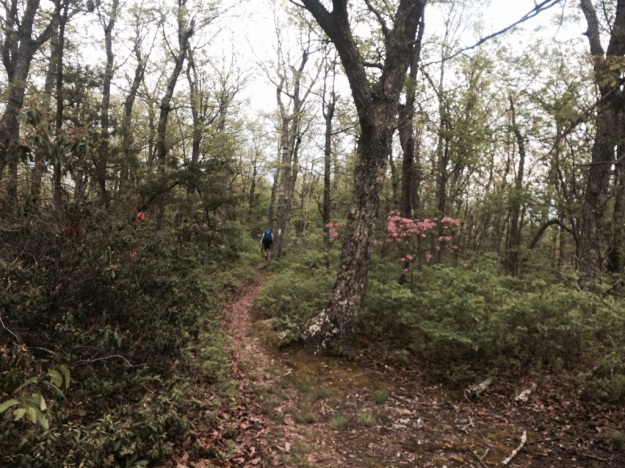