I had been pleasantly surprised at how good of a trail town Daleville turned out to be. It was time to say goodbye though and Owl and I started making our way north early that morning, (ok around 10). The first section of the trail looped around I-81 and was kind of interesting as it was a mowed path through an impenetrable thicket of bushes and brambles. By interesting I mean it kept the heat in while providing no shade from the sun. Luckily we soon reentered the forest proper and things cooled off a bit.

While walking through the forest we almost stepped on a green snake. It took a bit for both of us to recognize it for what it was since it looked like some sort of sapling tree limb. After thumping the ground a bit it took off but not by slithering through the underbrush like we expected but instead by gliding up a bush as if to get a better vantage point to spring on us. It’s a new threat vector every day….

We stopped for an afternoon siesta at Fulhardt Knob shelter. The name of this shelter led itself to all sorts of immature jokes due to our association with the Australians. You see, unless it’s preceded by the word “door”, “knob” really only has one meaning for them. I’m sure you can figure it out and why the shelter’s name was hilarious. All joking aside, I’ve been finding these siestas vital as the hours between noon and three can be brutal to hike in. It’s much more enjoyable to take a nap and hike later into the evening instead.

The rest of the day passed without much of note. The camping locations at Wilson Creek shelter were superb even if the water source was not, (weird given the name, right?). I meant to update my journal but after laying down in my tent I promptly fell asleep instead. And so went another day on the AT. 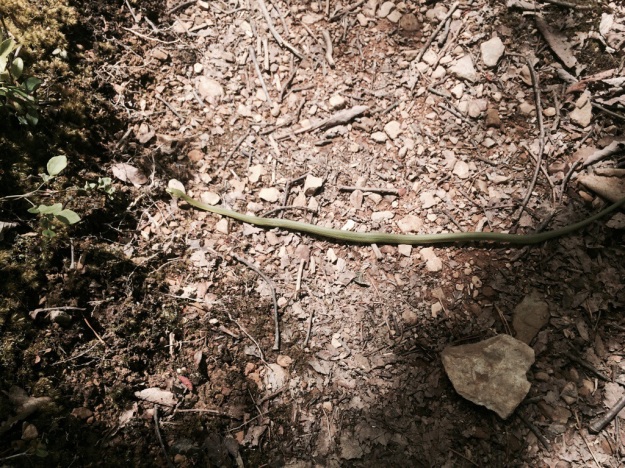