By this point I was pretty much done with hotels and even though I still wasn’t feeling good I wanted to get back on the trail. We were dropped off at the trail head by Homer, a trail angel who in 2002 completed a through hike with his wife and his two kids who were 8 and 11 years old at the time. On finishing the AT his wife then encouraged him to quit his job and focus on trail maintenance instead. We briefly met his wife Theresa as they were swapping vehicles and I believe that story. They were an awesome couple. They even offered to let us stay at their place in Daleville when we made it there via hiking instead of yellow blazing but unfortunately a couple days later when we finally hiked into town it was too late in the evening for us to take them up on that offer.

Studebaker had told us all about the section we were hiking today so we were prepared for what we encountered. Perhaps the coolest part of the hike was Keiffer Oak which was the oldest oak tree on the AT. I wasn’t expecting to be awed by a tree but it really was a sight to see. It reminded be a lot of the novel American Gods. The other weird landmark was a bunch of circular stone piles on top of one of the ridge lines. Neither Owl or I could make heads or tails of what they were used for back in the day. Luckily as I’m writing this the internet has solved that mystery. They were built by farmers who had cleared the ridge lines for farming. Perhaps they were stacked that way as a form of accounting, (aka I’ll pay you for every pile of stone you move), or for some future planned construction that never materialized?

There was a lot of climbing today with very few switchbacks so it was slow going. I was weighed down by three liters of water but I was glad I brought all of it as the sweat was just pouring out if me. The fact that I was still getting used to wearing a full pack again didn’t help. We bypassed Sarver Hollow shelter since it was down a very steep hill and instead pushed on to Niday shelter. Once there I set up my tent and slept very well that night. I’m glad we didn’t take another zero day but those ten miles were tough going. 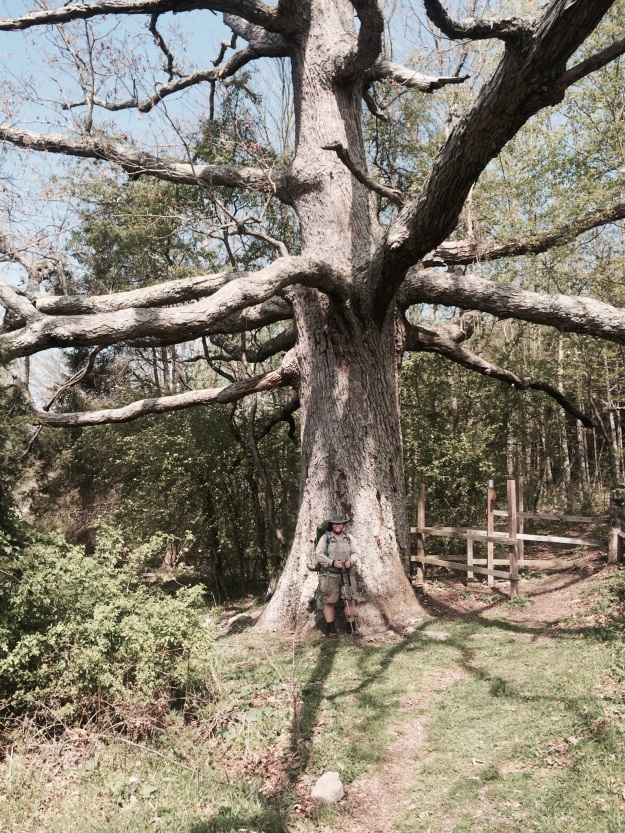