So I haven’t talked about most of the other hikers because A) I have a hard time with names and B) They might eventually read this journal (also, I’m calling it a journal because the word “blog” might as well be profanity out here).

This means I haven’t yet told you about three section hikers we’ve been running into the last two nights, (though I have mentioned their dog Moose). One of them was an active duty Marine who had a three week pass before he got deployed to Afghanistan. His friends decided to celebrate by taking him backpacking for those three weeks. So far so good, (I initially thought it was awesome), but the “leader” of the group was the type of person who gives Americans a bad name. From showing off the six shooter he was carrying, starting a fire in the shelter because he didn’t want to put on shoes, starting fires with gunpowder, dumping dog food in the fire pit before leaving, (and thus attracting bears and mice)…. Basically this journal entry could be one long run-on sentence about how obnoxious this guy was. The worst though was how he managed his dog Moose. First off, while we were packed for space he insisted that Moose should sleep in the shelter. That dog was bigger than most people! Also Moose would move around as the paw prints on B’s *inflatable* air mattress will attest. The worst though was when Moose pissed all over Fred’s (another through hiker) pack. I have the highest regard for Fred since he showed the most Zen/Christian/Through Hiker philosophy I’ve ever seen by not getting mad and basically saying ” Things happen and you just have to laugh.”

So today we hopefully said goodby to them as they hitched a ride into town at Woody Gap. Their plan was to stay in a hotel, get a tent, and mail home their firearms, (guns are heavy!), plus some other gear. Basically after three days they were all hurting. We were all happy to see that one guy leave and I hope the Marine gets better friends.

Whew, now that’s out of my system I probably should talk about the hiking itself. Today was the first day where it was easier and more pleasant than our previous trip. Last year it was rainy, foggy, and cold during this section, and today it was sunny and in the high 40’s. Basically perfect hiking weather. Also despite the earlier blisters we were both feeling in good health. The most dramatic example of this was we both remembered the restroom at woody gap as a wonderful place since it was dry. Yet when we saw it today it was a dump. It didn’t even have flush toilets which we both swore it did! Memories are weird things.

That being said, we narrowly avoided today being a disaster when B stepped in a hole left by a fallen tree that was hidden by snow. Luckily he got out of it with only a bruised knee, but it scared the both of us.

Talking about the snow, it was dramatic how different the east and west sides of the hills were with their snow cover. One side would still be covered in snow while the other side was bare. It could really catch you off guard.

Around 4pm we ended up making camp at Lance creek since it is the last source of reliable water until tomorrow night. This is the first time we’ve tented on this trip so both of us were very relieved we hadn’t accidentally forgotten any of our gear. After we had set up we spent time joking around with the other hikers. One of them had lost his and his wife’s bear bag in a tree that resembled the kite eating tree in Charlie Brown with all the stuck bear bags in it. We offered to store their food in our bear containers not only because it was the right thing to do but because his wife had given me a candy bar the night before. Hiker Karma.

So now I’m snug in my tent, updating my journal and listening to the rain fall. Hopefully I won’t have anything to post about the rain tomorrow.

Moose after he had been grounded 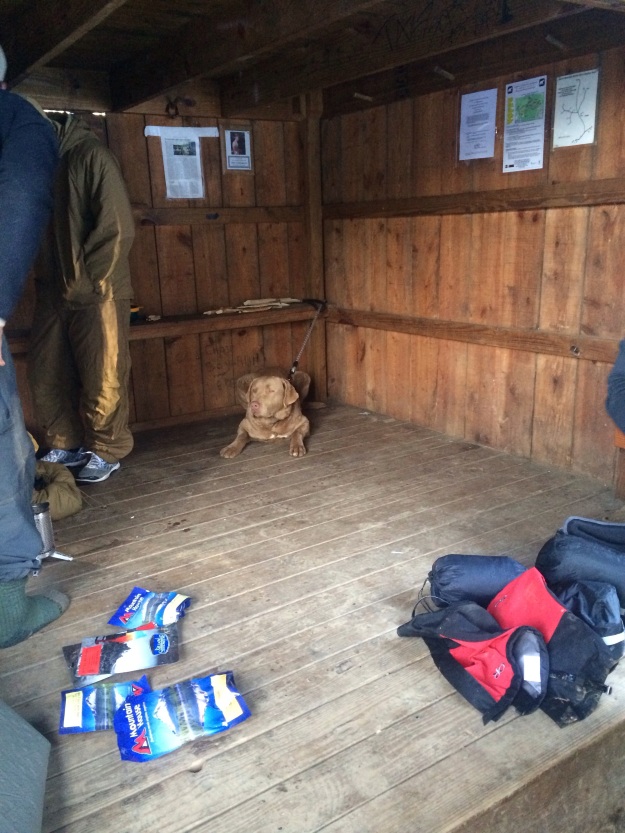 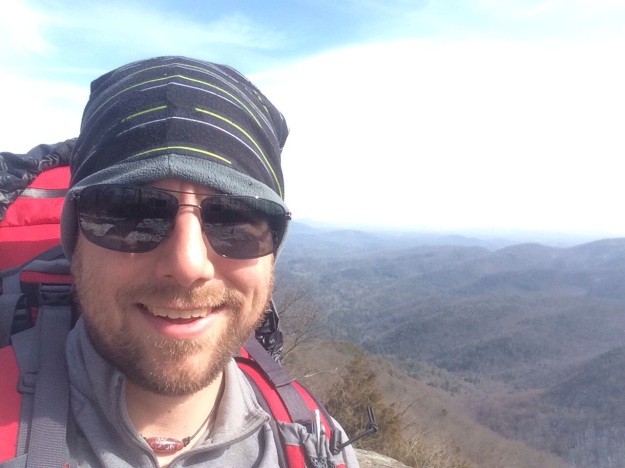 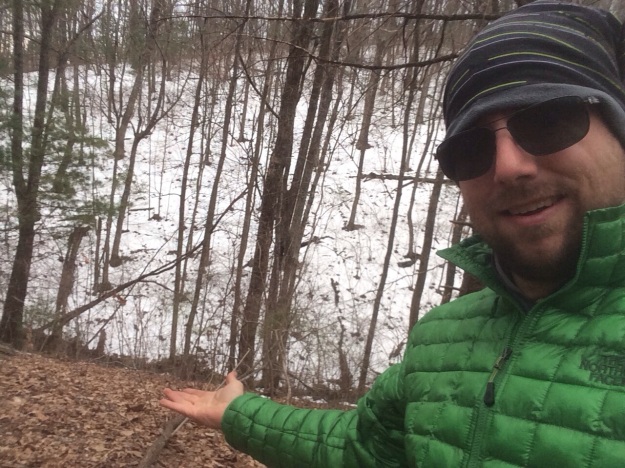 Camping for the night 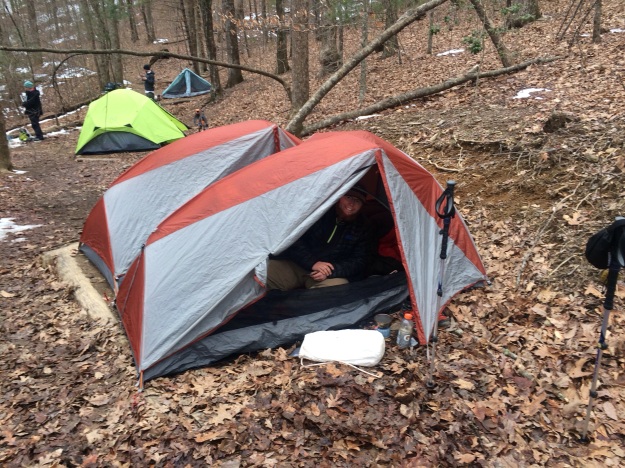