The decent down Rocky Mountain, as the name might imply, was quite rocky. On the plus side some of those rocks were boulders so we all amused ourselves climbing on them for a bit. Sunshine and Youngbeard were both experienced climbers and it was interesting seeing them attack the boulders and listen to them talk about it afterwards. Apparently in bouldering a particular rock will be referred to as a problem set and there is a specific way you are supposed to climb it. I really like how they phrased climbing as solving a problem and that term has rattled around in my head since then whenever I’ve been hopping between some of Pennsylvania’s many rocks.

At the bottom of the hill was Caledonia State Park. In a piece of rare bad timing for us, the “summer season” didn’t start till that weekend so the burger stand was not open and more importantly the pool was closed! That was probably a good thing since there’s no way we would have made any further forward progress if it was open, but still you should have seen it. The water looked so cool and refreshing, the pool itself was huge, and it had a slide! What more could you want after hiking? Luckily their showers were operational so I was able to have my second shower in three days. It was almost like being civilized. Before the shower though we ended up waiting almost two hours by the campground HQ for our pizza delivery to show up. Hey, when an opportunity like that presents itself you have to take advantage of it! When the food finally did arrive we were very happy though we probably horrified the weekend campers as we demolished our cheese steaks, pizzas, and strombolis.

Clean and full we then headed back out on the trail. The next shelter we ran into was the Quarry Gap Shelters, which hands down wins the award for best shelter on the AT. It’s obviously a work of love by the caretaker as there were potted plants and board games, plus everything about the place was immaculate and well taken care of. Even the babbling brook flowing by it was clean and free of leaves and other debris. Unfortunately once again it just wasn’t in a good spot milage wise for us to stop for the day. What made this worse was the shelter we were aiming for, Birch Run, had a new danger. There had been a local in the area calling himself “Birchy” and claiming to be an AMC employee tasked with taking care of that shelter. He wasn’t, but that hadn’t stopped him from preying on the hikers there. His normal scam has been to invite hikers back to his “hostel” and then shake them down in the morning demanding money, gear, and drugs. There had been more disturbing stories about him and female hikers. I don’t know why a restraining order hadn’t been placed on him yet banning him from the AT, but he was bad news. Luckily he didn’t show up that night and there was tons of camping so it was a pretty good night. The only downside for me was it got a bit cold so I was really regretting my new summer sleeping bag. 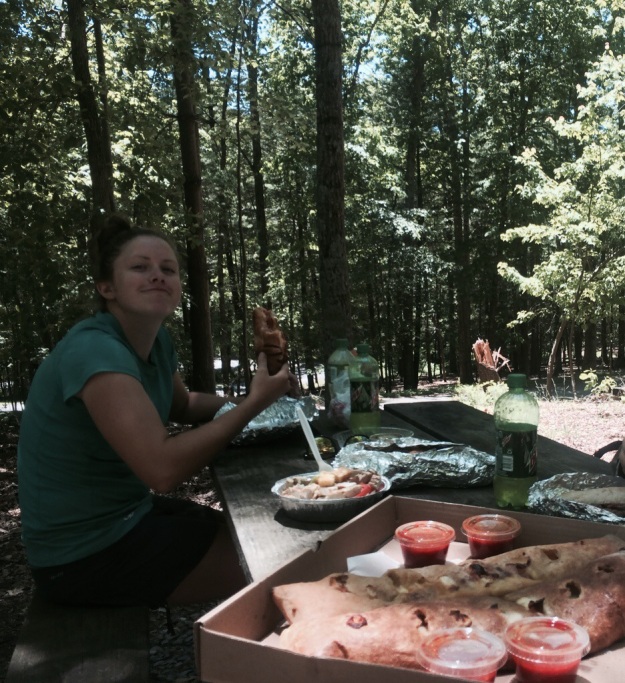 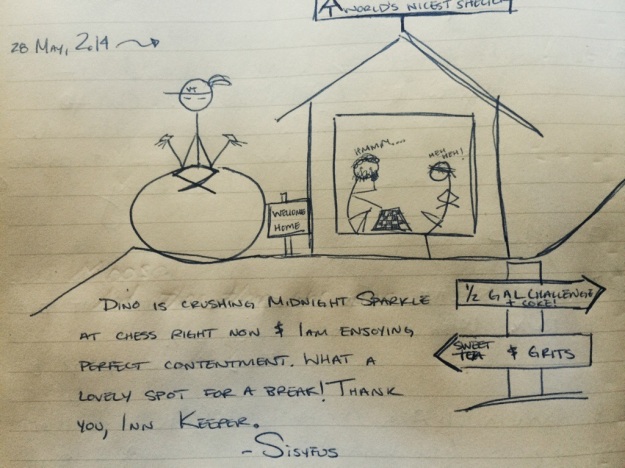 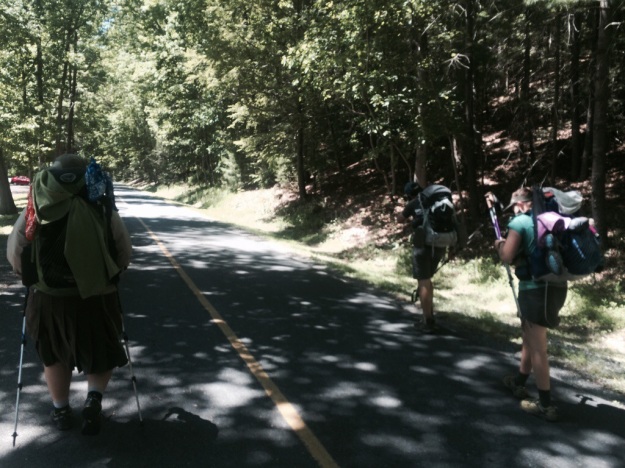 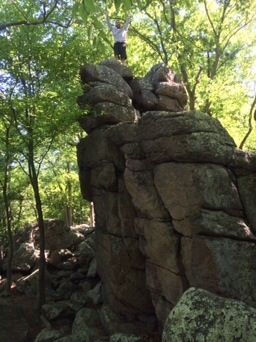